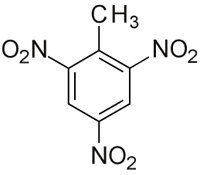 Trinitrotoluene (TNT) is a common explosive used in both military and industrial settings. Its convenient handling properties and explosive strength make it a common choice in explosives.

TNT can be appear as yellow crystals or a solid block after melt-casting. 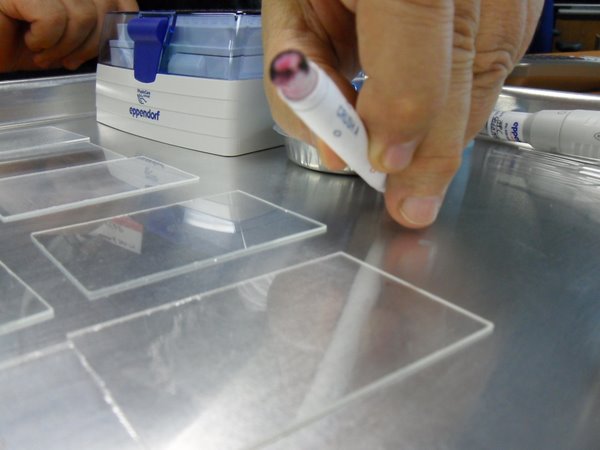 The photo to the left shows detection of TNT using ChemSee’s Nitro-Pen. This test was performed by U.S. Military personnel.

Notice a dark purple color forms on the Nitro-Pen due to the presence of TNT.

Testing for TNT can be completed in less than three minutes using the Nitro-Pen.

ChemSee offers portable detection kits for explosives and explosive precursors. All Kits contain multiple detectors for specific types of explosives. Additionally, individual detectors can be purchased to refill the Kit after use.

ChemSee’s Nitro-Screen Kit can be used to test 140 samples for the presence of explosive nitrates including TNT, Nitroglycerin, PETN, RDX, HMX and Ammonium Nitrate.

ChemSee’s In-Flight Explosives Detection Kit offers simple, colorimetric detection of explosives. This Kit does not require the use of hazardous solvents or vapors which are hazardous especially in the confined space of an airplane cabin.

Not sure about your specific needs? Please Request a Quote and our representatives
will contact you shortly with additional information.