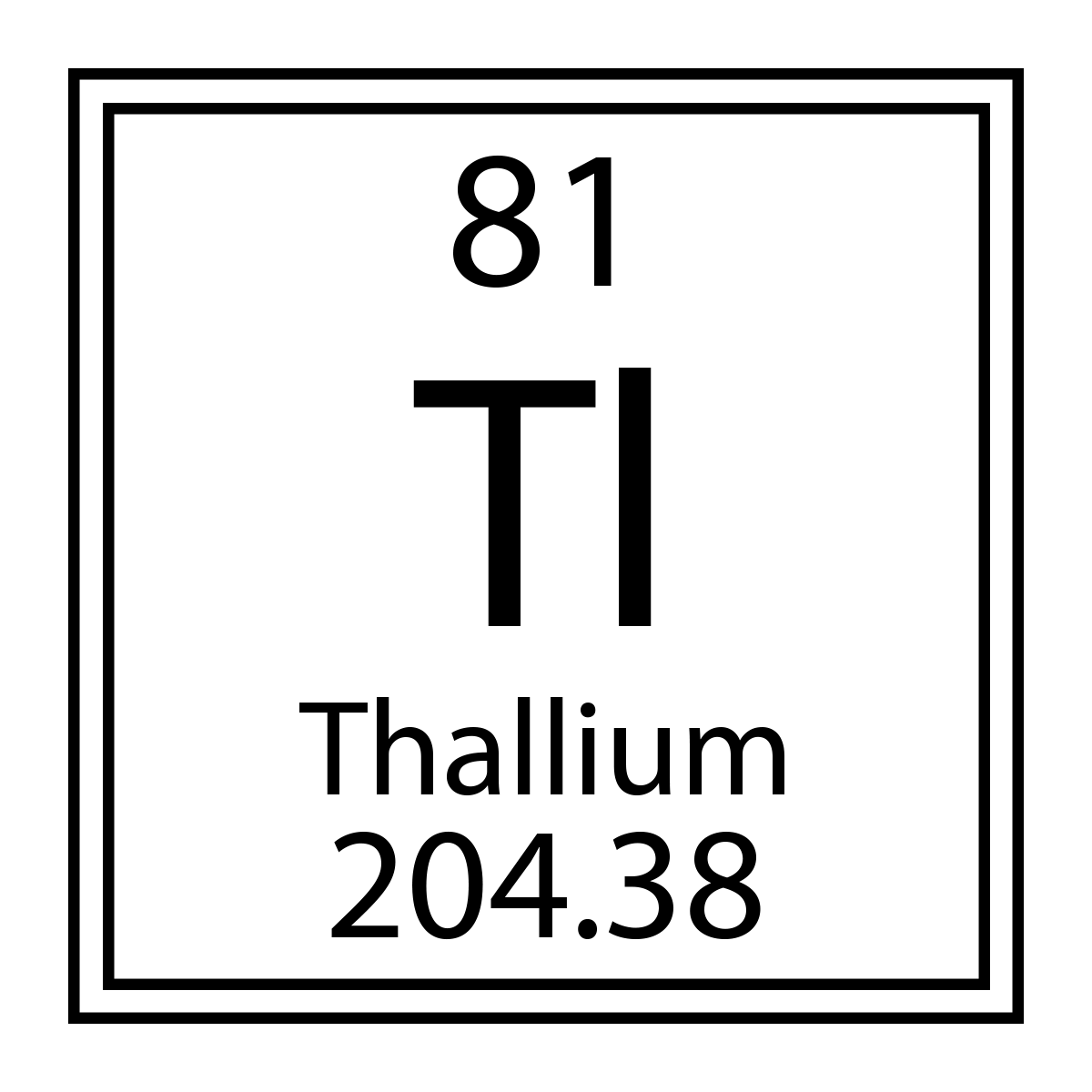 Thallium and its compounds are often highly toxic. Contact with skin is dangerous, and adequate ventilation should be provided when melting this metal. Many thallium(I) compounds are highly soluble in water and are readily absorbed through the skin.[citation needed] Exposure to them should not exceed 0.1 mg per m2 of skin in an 8-hour time-weighted average (40-hour work week). Thallium is a suspected human carcinogen.

Part of the reason for thallium’s high toxicity is that, when present in aqueous solution as the univalent thallium(I) ion (Tl+), it exhibits some similarities with essential alkali metal cations, particularly potassium (due to similar atomic radii). It can thus enter the body via potassium uptake pathways. Other aspects of thallium’s chemistrydiffer strongly from that of the alkali metals, such its high affinity for sulfur ligands. Thus this substitution disrupts many cellular processes (for instance, thallium may attack sulfur-containing proteins such as cysteine residues and ferredoxins). Thallium’s toxicity has led to its use (now discontinued in many countries) as a rat and ant poison.

Among the distinctive effects of thallium poisoning are loss of hair (which led to its initial use as a depilatory before its toxicity was properly appreciated) and damage to peripheral nerves (victims may experience a sensation of walking on hot coals), although the loss of hair only generally occurs in low doses; in high doses the thallium kills before this can take effect. Thallium was once an effective murder weapon before its effects became understood, and an antidote (Prussian blue) discovered. Indeed, thallium poisoning has been called the “poisoner’s poison” since thallium is colorless, odorless and tasteless; its slow-acting, painful and wide-ranging symptoms are often suggestive of a host of other illnesses and conditions.

ChemSee.com has several detectors available for testing for Thallium in Foods, Drinks and Water.  The detectors are described below:

The EYAL™ DD-04L Reader allows for fast, quantitative determination of Lead in solution using the QuantTab™ Lead Determination Card. Using the provided software, sample concentrations can be tracked and monitored over time.