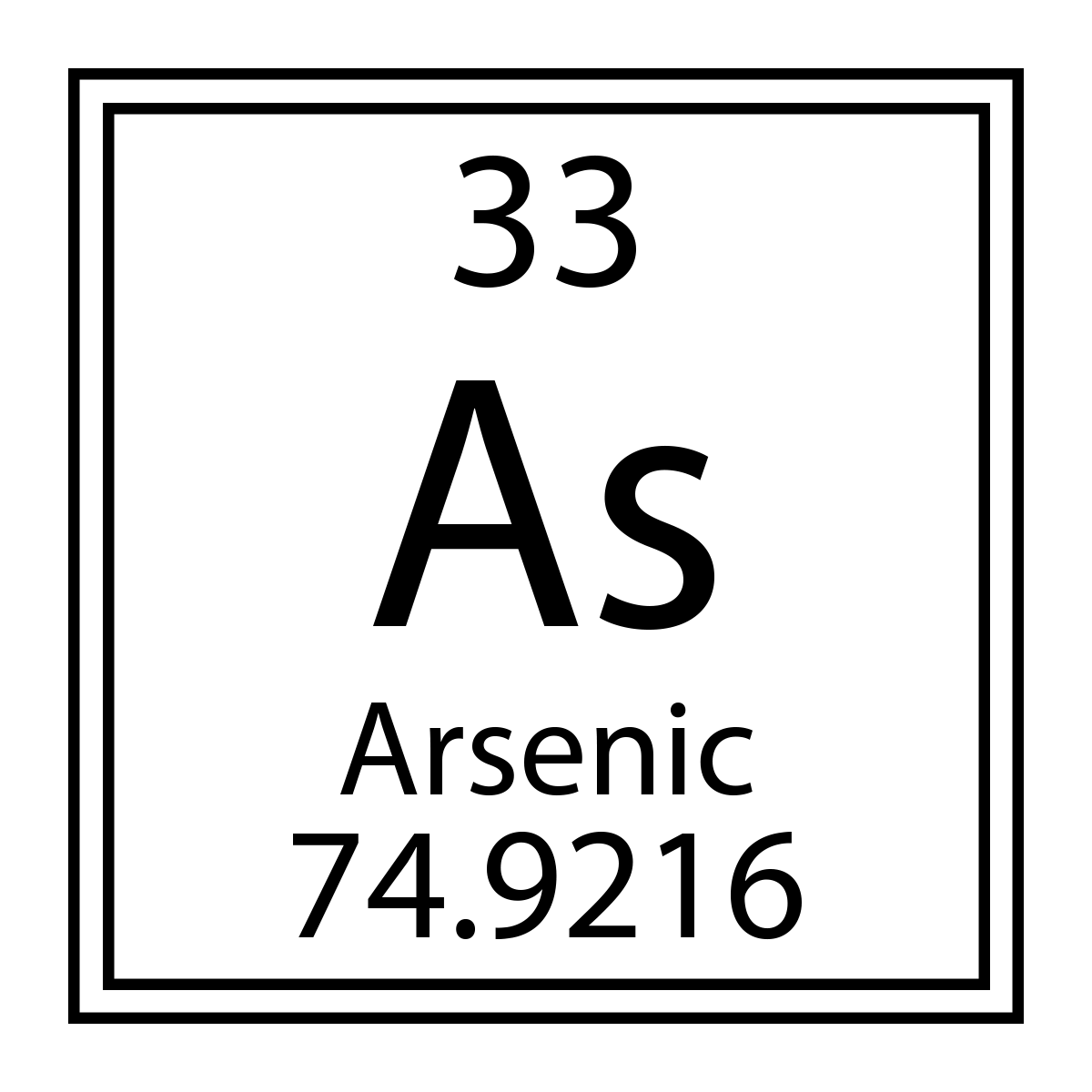 Arsenic and many of its compounds are especially potent poisons. Arsenic disrupts ATP production through several mechanisms. At the level of the citric acid cycle, arsenic inhibits pyruvate dehydrogenase and by competing with phosphate it uncouples oxidative phosphorylation, thus inhibiting energy-linked reduction of NAD+, mitochondrial respiration, and ATP synthesis. Hydrogen peroxide production is also increased, which might form reactive oxygen species and oxidative stress. These metabolic interferences lead to death from multi-system organ failure (see arsenic poisoning) probably from necrotic cell death, not apoptosis. A post mortem reveals brick red colored mucosa, due to severe hemorrhage. Although arsenic causes toxicity, it can also play a protective role
The oxides of arsenic are the most common threat since arsenite and arsenate salts are the most toxic. These forms are components of geologic formations and are extracted into the ground water. Thus although arsenic poisoning can be related to human activities such as mining and ore smelting, the most serious problems are natural, resulting from water wells drilled into aquifers that have high concentrations of arsenic. “Inorganic arsenic” (arsenate and arsenite salts) are more harmful than organic arsenic exposure.
Organic arsenic is 500 times less harmful than inorganic arsenic, and is a minor problem compared to the groundwater situation which affects many millions of people. Seafood is a common source of the less toxic organic arsenic in the form of arsenobetaine. The arsenic reported in 2012 in fruit juice and rice by Consumer Reports was primarily inorganic arsenic. Persistent contact to arsenic is linked with a broad variety of neurologic, cardiovascular, dermatologic, and carcinogenic effects; including peripheral neuropathy, diabetes, ischemic heart disease, melanosis, keratosis, and impairment of liver function.

Detection of Arsenic in Food and Water

ChemSee has two detectors available for testing for Arsenic in Foods, Drinks and Water.  The two detectors are described below and can be purchased at the following links: