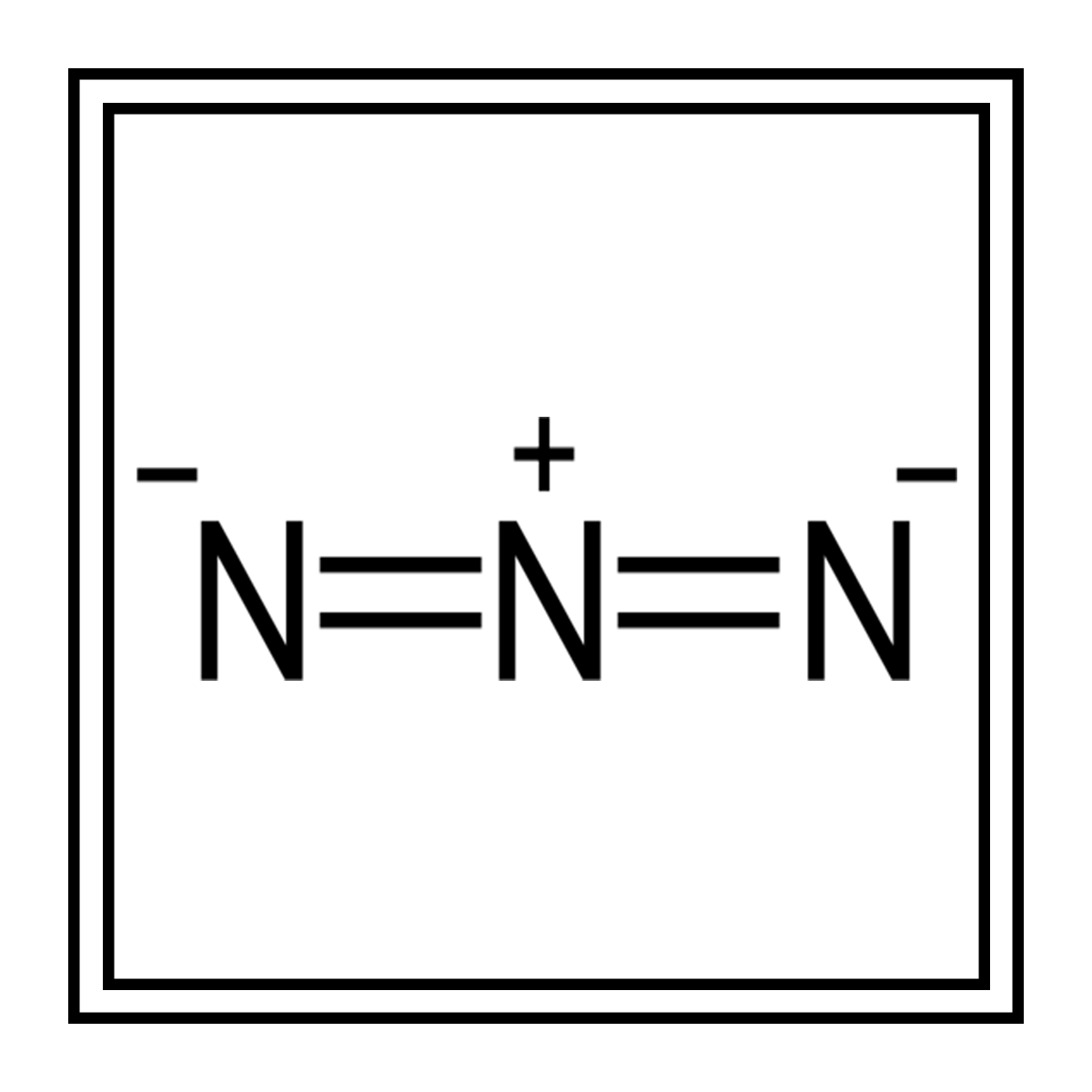 Azides are very toxic materials to viruses and to living cells, including cells of bacteria, fungi as well as mammalian cells, i. e. human cells. That is why they are used as preservation materials for vaccines and as poisons in pest control. Certain drugs, like the AIDS drug AZT, contain the azide group in their molecule.

Inorganic azides are not very stable compounds and often are very labile explosives. In particular, they tend to explode when a hard object impinges on them or scratch them. One such material is the well-known lead azide, Pb(N3)2. Because of the extreme sensitivity of these azides to impact, lead azide has been used as the percussion-sensitive primer at the end of the shell of cartridges. When the hammer of the gun impacts the primer at the casing end, the primer ignites and the propellant inside the bullet casing explodes a large volume of gas forms in the casing which propels the bullet to the target. The azides of copper, silver, mercury and, barium behave in a similar way.

ChemSee.com has several detectors available for testing for Azides in Foods, Drinks and Water.  The detectors are described below:

The EYAL™ DD-04L Reader allows for fast, quantitative determination of Azides in a solution using the QuantTab™ Azide Determination Card. Using the provided software, sample concentrations can be tracked and monitored over time.